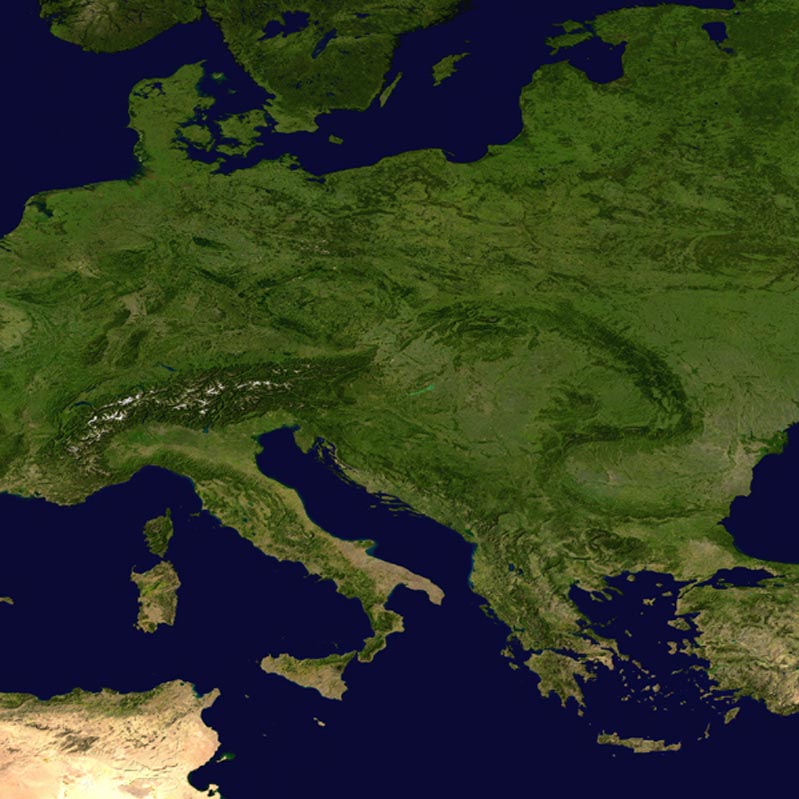 The Sant'Omobono Project is a multi-year, international program of research aimed at investigating one of the most remarkable and least understood archaeological sites in Rome. Previous work in the area has revealed an extremely complex depositional sequence, comprising Middle and Late Bronze Age materials in secondary deposition, in situ traces of wattle and daub structures from as early as the seventh century BCE, and substantial evidence of continuous cult activity beginning in the late seventh and early sixth centuries BCE. The site thus offers both an important glimpse at the earliest phases of occupation at Rome in the latter half of the second millennium and an unparalleled opportunity to study the development of a major cult area in relation to the processes of urbanization and state formation from the eighth to the sixth centuries. The project is based on a partnership between the Sovraintendenza Capitolina ai Beni Culturali, the Università della Calabria and the University of Michigan. A recent paper by Nicola Terrenato and colleagues presents the preliminary results of research and fieldwork.

In the course of annual field trips to the Bay of Naples, Elaine Gazda became involved in the work of the University of Texas and the Soprintendenza Speciale per i Beni Archeologici di Napoli e Pompei at site of Oplontis, located two miles to the northwest of Pompeii. At Oplontis a luxury villa (known as Villa A) and a commercial center (known as Villa B) provide a special opportunity to study the interplay between two opposing yet complementary sides of Roman elite life— the pursuit of cultivated leisure (otium) versus the discharge of business affairs (negotium). Professor Gazda is currently working with the Oplontis Project team on an exhibition that will highlight these two sites. Her work involves intensive on-site examination of the structures and their artistic as well as utilitarian contents. The exhibition, "Leisure and Luxury in the Age of Nero: The Villas of Oplontis near Pompeii," is scheduled to open at the Kelsey Museum of Archaeology in January of 2016 and travel to three additional venues.

The Gabii Project is an international archaeological initiative under the direction of Nicola Terrenato. It was launched in 2007 with the objective of studying and excavating the ancient Latin city of Gabii, a city-state that was both a neighbor of, and a rival to, Rome in the first millennium BC. Located in the region of Italy once known as Latium, the site of Gabii was occupied since at least the tenth century BC until its decline in the second and third centuries AD. Amazingly, in subsequent centuries the site of Gabii was never developed or even substantially occupied, nor has the urban area ever been the site of major, stratigraphic excavations. As such, the site provides a unique opportunity to study the development and structure of Archaic urban planning in Central Italy, both monumental and civic architecture, domestic space, and all other corollary studies. Since Gabii eventually became a part of the Roman Empire – first as a member of the Latin League and later as a town with municipal status - numerous important intersections exist between Gabii and Rome.

This research is concerned generally with cultural developments in Eastern Europe during the Copper and Bronze Age. The specific focus of my research is on the Maros (aka Szöreg) Group, a Bronze Age culture that existed between about 2700 and 1550 BC, and which is located in the vicinity of the Rivers Tisza and Maros in Hungary, Romania and Serbia. The Maros Group is one among a series of contemporary cultures that crystallized in the eastern Carpathian Basin at this time, which makes the Basin a particularly useful laboratory for the study of pre-state cultural interaction and change.

John O'Shea's research on the Maros initially focused on the Hungary, where a series of large and highly structured cemeteries provide a unique opportunity to explore Maros social organization. Research on the cemeteries is complemented by excavations at the settlements of Klárafalva and Kiszombor which together span the length of the Maros culture.

Collaborative excavations at the tell settlement of Pecica (Romania) since 2005 have revealed the site to be not only a major locus of Bronze Age metal production but also a major terminal for the trade of the domestic horse into Western Europe. While research is ongoing at Pecica, the focus of the project is being broadened to include the larger site locality and expanding investigations further up river into the primary source areas for the copper and tin used in Pecica bronze production.

The Olynthos Project involves the household and urban archaeology of a small Classical (mainly late-fifth to mid-fourth century BCE) city in northern Greece. It is a collaboration between the 16th Ephorate of Greek and Roman Antiquities and the British School at Athens. The project team is composed of members of the Ephorate, faculty and students from the universities of Liverpool and Michigan, and specialists and students from a number of European and north American universities. Permission has been granted by the Hellenic Ministry of Culture for a five year project (2014-2018) which will involve geophysical and surface survey of the city along with the excavation of two houses. Our goal is to create a picture of Greek houses and households which is unparalleled in its detail, while at the same time addressing the nature and intensity of connections between individual households and their physical, social and political context at the level of the neighbourhood, the city and the region.